An artistic contribution to the REGIOPARL-project

REGIOPARL is a participatory research project. Besides the exchange between academia and politics, REGIOPARL attaches great importance to the dialogue about Europe with citizens.

In this spirit, REGIOPARL published a call for artistic contributions for the public space. As the winning project, the Outer Space Transmitter will accompany REGIOPARL throughout Europe’s regions, beginning in November 2020.

REGIOPARL’s research on regional parliaments in the EU is thus complemented by an artistic approach on debating Europe with citizens. Furthermore, the project aims at making an innovative contribution to the current debate on the future of Europe.

The artist Mona Schulzek designed the Outer Space Transmitter in the framework of her collaboration with the research project REGIOPARL. The realisation and financing of this contribution is carried out in cooperation with Forum Morgen. 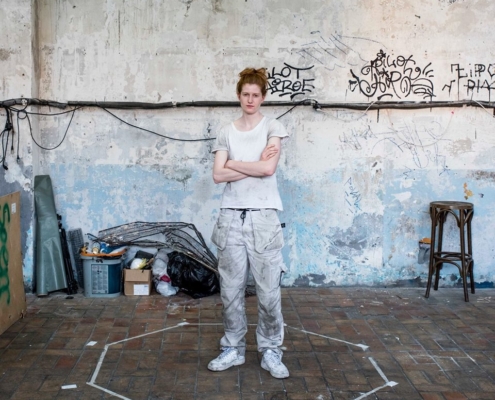 Mona Schulzek (*1992) is a visual artist. She is currently studying at the Kunstakademie Düsseldorf in the class of Gregor Schneider and Peter Piller. In 2019, she received the Max Ernst scholarship for her artistic work, which also featured a solo exhibition in the Max Ernst museum. Additionally, she won the first prize of the Vonovia Awards for her photographic work »Ottomane«, which is represented in numerous private and museum exhibitions. 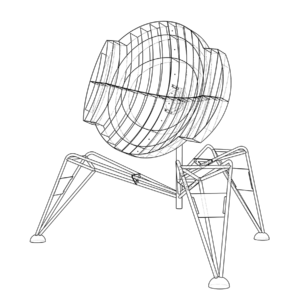 The Outer Space Transmitter travels throughout Europe and asks the question: What does it mean to be a citizen of the European Union? Via a digital interface, passers-by can type in their individual answers. The artist and ham radio operator Mona Schulzek uses those answers to create art images that are sent as radio wave signals to a satellite. From there, these images are left to the universe as an artifact to be found one day by unknown beings of other worlds and times.

All answers are collected in a constantly growing archive and are published on website outerspacetransmitter.art, to portray the multifaceted perspectives of the participating citizens.

The Outer Space Transmitter starts its journey in the German-speaking area of the EU and moves on to different regions throughout Europe. The upcoming travel dates and places will be announced on the website beforehand.

Here you can find more information (only available in German).

Here you get to the Website of the Outer Space Transmitter.

The Outer Space Transmitter starts its journey in the German-speaking area of the EU and moves on to different regions throughout Europe, which also are research objects of REGIOPARL. Both, the urban and rural area are supposed to be represented with the selected locations.

The journey of the Outer Space Transmitter begins
(event in German)

What does it mean to be a citizen in the European Union? With her art installation Outer Space Transmitter, Mona Schulzek invites you to find your own answers to this question. From these, artist and ham Mona Schulzek creates art images which are sent to a satellite in form of radio waves. From there, they start their journey through the universe, to maybe be found one day as artifacts of this time.

On 12 November, the project is launched during a digital event. Afterwards, together with the artist, the Outer Space Transmitter commences its journey through Europe’s regions, where the parabolic antenna will be displayed in public spaces.

Against this backdrop, the REGIOPARL research project cordially invites you to an evenning event featuring an open discussion. Under the title

we will be examining the question what it means to be a citizen in the European Union from an academic, an artistic as well as a political perspective.

After short impulses from our speakers, all participants will be invited to share their ideas and contribute to the debate. We would like to offer an opportunity to discuss the future of the EU, the role of the regions and the self-placement of European citizens. Subsequently, the Outer Space Transmitter will be officially launched and the participants will have to opportunity to send their message into outer space for the first time.

By registering for this event you consent to audio and video recording.